Colour trade marks have been, and continue to be, a controversial and powerful form of trade mark protection. In Australia, colour marks have been contested at the Federal Court level, the most notable being Woolworths Limited v BP plc ([2006] FCAFC 132) for the colour green in respect of service stations and Cadbury Schweppes v Darrell Lea Chocolate Shop ([2006] FCA 446) for the colour purple in respect of chocolates. 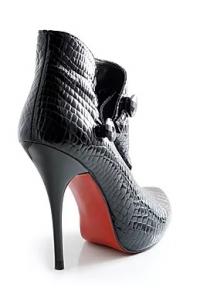 The Dutch Court referred the matter to the European Court of Justice to address the question of whether a sign consisting of a colour applied to the sole of a high-heeled shoe, consists exclusively of a ‘shape’. On 12 June 2018, the ECJ handed down their judgement in Christian Louboutin v Van Haren Schoenen BV (case C-163/16) in a keenly anticipated decision. The ECJ held that the mark held by Christian Louboutin for the colour red applied to the sole of a high-heeled shoe is a valid mark under European trade mark law.

Saliently, the mark held by Christian Louboutin did not seek to protect the shape of the shoe, but rather sought protection only in regard to application of the colour red to a specific part of that product, namely the sole. Moreover, the scope of protection explicitly states that the contour of the shoe does not form part of the mark and is intended purely to show the positioning of the red colour covered by the registration. Under these circumstances, the ECJ held that a colour per se, without an outline, does not constitute a ‘shape’ under the definition of an excluded sign, and is a valid trade mark.

The decision would come as an immense relief to Christian Louboutin as the position of the authorities was placed in doubt by an opinion issued by the Advocate General of the ECJ in February 2018 that a trademark combining colour and shape may be refused or declared invalid on the grounds set out under EU trademark law. The opinion of the Advocate General seems not to have been endorsed by the ECJ.

This case also highlights how the interests of consumers are inter-related to trade mark enforcement. The red sole of a high-heeled shoe has been the badge of origin for Christian Louboutin products for 26 years, and is synonymous with luxury and quality. Consumers should feel comfortable that if they purchase an expensive red-soled high-heeled shoe, that it is a genuine Christian Louboutin product.