Australian Trade Marks: It’s all about Use!.

Although the broadest form of protection is desirable (e.g., a word only), it may not be wise to rely solely upon this form of the mark for registration, maintenance, and/or enforcement if the mark has been used predominantly in conjunction with another mark (e.g., a logo).

The decision in QWB Residential [2021] ATMO 2 is a timely reminder of this issue.

The Applicant applied for the following trade mark (the “Trade Mark”) in Class 36 broadly claiming accommodation leasing services, rental agency services and management of buildings, amongst other services.

The Examiner contended that a single letter carries little capacity to distinguish, despite the stylised or figurative elements in the representation. Moreover, Q is commonly used to indicate the state of Queensland. In sum, the Examiner’s position was that other traders should be able to use the letter Q in connection with goods or services similar to those claimed by the Applicant.

The Applicant filed arguments in response to support the contention that the Trade Mark is capable of distinguishing the Applicant’s services due to its distinctive features, presumably in light of the stylised aspects of the Trade Mark. The applicant also argued that the colour of the Trade Mark rendered it distinctive as well as the font being unusual. Unsurprisingly, the Examiner was not moved by the arguments (noting that trade marks in Australia are not limited to the colour of the mark in the representation supplied), and maintained the objection: “Considered as a whole, the mark is the letter Q in a simple font with an underline.”

The Examiner invited the Applicant to provide evidence of use to overcome the objection. Rather than prosecute the application further before the Examiner, the Applicant requested a hearing on the matter, which lead to the present decision.

Before the Hearing Officer, the Applicant re-litigated that the Trade Mark is, prima facie, distinctive based on the stylisation of the Trade Mark. Furthermore, a number of other stylized letter “Q” trade marks obtained Australian registration for various goods and services and that they are no more stylized than the Trade Mark. The Applicant also argued that the Trade Mark lacks any ordinary signification and it is unlikely that any other traders will need to use the Trade Mark in reference to their own services. The Hearing Officer disagreed, not at least based on the grounds that the letter can also be an abbreviation for any word beginning with the “letter “Q” including “Quality” which would be quite descriptive of any of the applicant’s services or any other trader’s goods and services.”

The Applicant is a company developing a residential apartment building as part of the Queens Wharf residential and casino precinct in Brisbane. The Applicant supplied evidence of use including printed material, social media, website, billboards, television advertising, and videos appearing online as well as significant advertising expenditure. In addition, the Applicant was able to show considerable revenue through pre-sale of apartments. 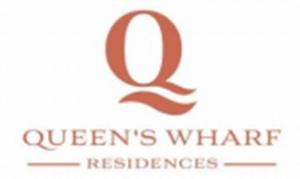 Consequently, it was difficult to determine how much of the advertising expenditure or sales revenue generated by the Applicant has been in regard to the Trade Mark on its own or as part of the Queen’s Wharf Residences trade mark.

It is uncontroversial that an applicant is permitted to use one, two or several trade marks together in advertising or packaging. However, in the present case, the Hearing Officer felt that the “vast majority of all the advertisements and press releases show what Jacob J described in Phillips Electronics NV v Remington Consumer Products Ltd 14 as a ‘limping mark’; that is, the Trade Mark is more often than not accompanied by the Queen’s Wharf Residences trade mark in a more prominent position.”

A practical take away from this case is to ensure that all the trade marks used in branding and marketing are used on their own as a badge of origin for an applicant to avoid an accusation of being a limping mark, and thus be vulnerable either to removal from the register for non-use or not achieving trade mark registration.

Authorised use of a trade mark in a Corporate Group: the “unity of purpose” test