The decision in Coffee Republic Australia Pty Ltd v Espresso Republic, LLC [2020] ATMO 31 centres on what is required for prior use to have been continuous. 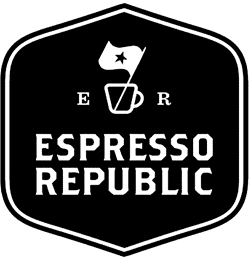 The trade mark application proceeded to acceptance. Coffee Republic Australia Pty Ltd (the ‘Opponent’) opposed registration of the trade mark under s 44(1) of the Trade Marks Act 1995 (the ‘Act’) on the grounds that the applied-for trade mark is substantially identical with, or deceptively similar to, a registered trade mark of similar goods or closely related services. The Opponent relied upon their own trade mark registrations, namely: 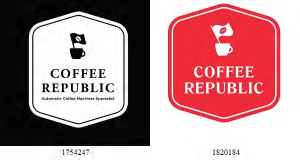 Both of the Opponent’s trade marks have priority dates earlier than the Trade Mark and both claim services in class 35 as follows:

As a matter of law, the delegate was required to make their own findings in respect of s44(1) notwithstanding the admission by the Holder. Accordingly, Delegate Richards found that the Trade Mark contravened s 44(1) of the Act.

The Holder pressed that the Trade Mark was registrable under s 44(4) on the grounds of prior continuous use of the Trade Mark in Australia. In support of this assertion, the Holder relied upon several invoices and remittance receipts evidencing four shipments of coffee beans from the Holder to businesses and individuals in Australia dated from 2013, 2017, 2018 and 2019. Only the 2013 shipment occurred before the priority date of either of the Opponent’s Marks and there is a very large gap between each shipment, and particularly between the 2013 and 2017 shipments. Moreover, only a small quantity of product was shipped with each order. The combination of the length of the gap and the small amount of product proved to be problematic for the Holder.

Delegate Richards rejected the Holder’s argument that the principles of use in the context of a removal action or authorship of a trade mark should be applied to what constitutes continuous prior use. Furthermore, the threshold of continuous use will depend on the context of the relevant market. Coffee and coffee beans are a fast-moving consumer good with a short shelf life and the expectation is that there would be frequent shipments. As such, the 2013 and 2017 shipments were not considered by the delegate to meet the standard of continuous and prior use.

The second prong to the Holder’s defence of prior continuous use is the Trade Mark use through the internet, namely its website, Twitter page and Facebook page. Several historical copies of the Holder’s website from between 2011 and 2018 were provided as evidence. Delegate Richards considered that the Twitter and Facebook pages are directed to the world as a whole and are not anything targeted or directed to consumers in Australia. As such, the social media evidence was not probative of evidence of use in Australia.

The Holder argued that its website did make an offer specifically to Australia by way of its wholesale enquiries form using the standard drop down menu listing almost every nation. In the delegate’s view, “Australia is not in this list because the form is directed or targeted at this country, but simply because Australia is a country.”

Consequently, the internet evidence was not considered use in Australia of the Trade Mark, despite some being dated before the earliest priority date of the Opponent’s marks.

The Trade Mark was refused protection in Australia for failing s 44(1) of the Act.

Authorised use of a trade mark in a Corporate Group: the “unity of purpose” test