The Full Court of the Federal Court of Australia has clarified the law relating to reputation for assessing deceptive similarity for the purposes of trade mark infringement under s 120(1) of the Trade Marks Act 1995 (the Act).

In Australian Meat Group Pty Ltd v JBS Australia Pty Limited [2018] FCAFC 207, the Australian Meat Group (AMG) appealed a decision by the primary judge that AMG had infringed two trade mark registrations in class 29 to JBS Australia Pty Limited (JBS; the AMH marks) by use of deceptively similar marks during the course of trade. Trade mark number 1719465 is a word mark consisting of AMH Trade mark number 515268 (reproduced below) is a device mark comprising the letters AMH within a stylised map of Australia. These features are contained within a chevron shaped ribbon device shown below: 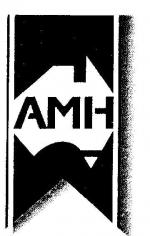 Evidence at trial showed that JBS is Australia’s largest meat processing company with a very strong export market. The AMH marks have been in use by JBS since 1991. The compelling market share of JBS and sales were not in contention.

There were five marks at issue that were used by AMG in respect of processed meat; the following four (4) device marks and the letters AMG (the AMG marks).

In performing their analysis, the Full Court applied the Court’s proposition in C A Henschke & Co v Rosemount Estates Pty Ltd [2000] FCA 1539 (31 October 2000) (Henschke), notwithstanding that the Appellant did not to rely upon Henschke in submissions. The place of reputation in trade mark infringement was clearly set out in Henschke, which stands for the proposition that the essential comparison in an infringement suit under s 120(1) is between the marks involved, and a broader enquiry that might be undertaken in a passing off action (i.e. involving reputation) is not appropriate for an assessment under s 120(1) of the Act. The Full Court in Henschke also stated that reputation is relevant under s 120(3) and may be relevant under s 120(2) . The Full Court conceded that reputation may have a role under s 120(1) only insofar as “deceptive similarity from imperfect recollection might be countered by showing the well-known nature of the registered mark and the lessened likelihood of imperfect recollection”.

At trial, the crux of the argument by JBS was that in light of its reputation in the AMH acronym, a customer might be confused in the face of goods bearing the AMG marks and place an order with AMG when the intent was to place an order for an AMH product.

The primary judge seemed compelled by this argument and, according to the Full Court, embarked on a comparison of the trade marks at issue from the incorrect starting point that a strong reputation existed in the AMH acronym, and that this reputation should be taken into account when assessing deceptive similarity. As noted by the Full Court and in accordance with Henschke, a consideration of reputation is appropriate for passing off but is the wrong test to apply under s 120(1) of the Act . According to the Full Court, this weight of reputation impeded the primary judge’s ability to give proper consideration to the features of the marks other than the AMH acronym. Consequently, the AMH acronym was afforded a “predominating significance or influence” which was inappropriate for a comparison of deceptive similarity, and without that influence the act of comparing the marks is different to that taken by the primary judge. In the milieu of reputation having no place in the comparison, the Full Court then applied the well-trodden imperfect recollection test for deceptive similarity to each of the AMG marks compared to the registered AMH marks (noting the marks must be considered as a whole and through the eyes of a discerning consumer) to overturn the primary judge’s decision.